Visually Evoked Potential (VEP) refers to electrical potentials, initiated by brief visual stimuli, which are recorded from the scalp overlying visual cortex. VEP Measures conduction time of the neuronal activity from the retina to the occipital cortex. VEPs are used primarily to measure the functional integrity of the visual pathways from retina via the optic nerves to the visual cortex of the brain. VEPs better quantify functional integrity of the optic pathways than scanning techniques such as magnetic resonance imaging (MRI). Any abnormality that affects the visual pathways or visual cortex in the brain can affect the VEP. Examples are cortical blindness due to meningitis or anoxia, optic neuritis as a consequence of demyelination, optic atrophy, stroke, and compression of the optic pathways by tumors, amblyopia, and neurofibromatosis. In general, myelin plaques common in multiple sclerosis slow the speed of VEP wave peaks. Compression of the optic pathways such as from hydrocephalus or a tumor also reduces amplitude of wave peaks. The most common stimulus used is a checkerboard pattern, which reverses every half-second (Figure 4). Pattern reversal is a preferred stimulus because there is more inter-subject VEP reliability than with flash or pattern onset stimuli.

The checkerboard pattern and a normal pattern reversal VEP waveform. There is a prominent negative component at peak time of about 70 msec N1 , a larger amplitude positive component at about 100 msec (P1) and a more variable negative component at about 140 msec (N2). The major component of the VEP is the large positive wave peaking at about 100 milliseconds (Fig. 5). This “P100″ or P1 is very reliable between individuals and stable from about age 5 years to 60 years. The mean peak time of the “PI00″ only slows about one millisecond per decade from 5 years old until 60 years old. 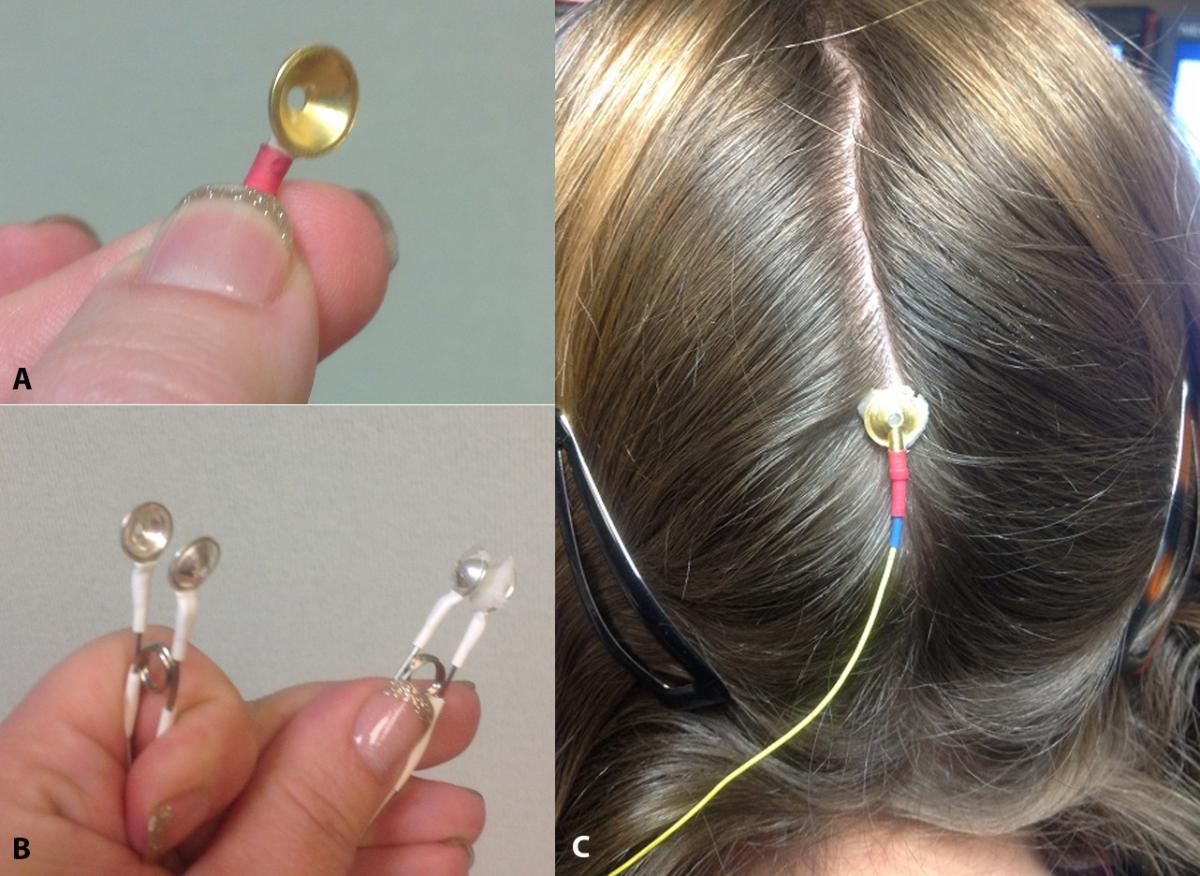