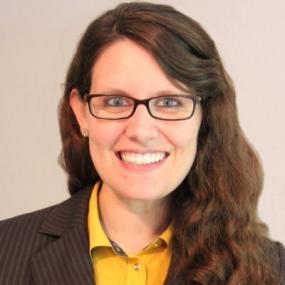 Brittni Scruggs, M.D., Ph.D., a Class of 2019 Resident within the University of Iowa Department of Ophthalmology and Visual Sciences, presented a research paper mentored by Dr. Arlene V. Drack and facilitated by members of Dr. Drack’s laboratory at The Association for Research in Vision and Ophthalmology (ARVO) 2019 conference (28 April–2 May) at the Vancouver Convention Center in Vancouver, British Columbia. Founded in 1928, ARVO is the world’s largest eye and vision research organization and its annual meetings are largely devoted to the dissemination of knowledge at the cutting edge of vision research in the pursuit of the mitigation and elimination of eye disorders.

The study, entitled “AAV2/4-RS1 gene therapy in the retinoschisin knockout mouse model of X-linked retinoschisis”, tested the effects of a new vector in subretinal or intravitreal injections on distinct groups of Rs1 knockout mice. Additionally, a subgroup of subretinally injected mice was placed on a regimen of the human macular-cyst-reducing drug Brinzolamide to evaluate its effects in conjunction with those of the vector. The vector was shown to positively impact retinal structure and function: both subretinal and intravitreal injections increased retinal expression of RS1 (in the outer and inner retinal layers, respectively), and both improved ERG b/a-wave ratios. Additionally, subretinally injected mice performed better than untreated counterparts in a visually guided swim maze and Brinzolamide was shown to potentiate the vector’s effects. This paper will be submitted for peer reviewed publication in the near future.